CHEERLUX C16 Android Version is the latest version of C16 Basic and C16 WiFi Mirroring Display. Works with a resolution of 1920 x 1080 or Full HD equivalent. To connect with a smartphone, just use WiFi

Cheerlux C16 Android LED Full HD 1080P Projector 4000 Lumens Version is the latest version of C16 Basic and C16 WiFi Mirroring Display which is equipped with additional features, namely the presence of the Android 9.0 operating system so that you can install applications on this projector.

C16 Android uses LED lights as its projection source, with a maximum brightness level of up to 4000 Lumens and a Contrast Ratio of 2500:1, which ensures that the output of the C16 Android is very clear and clean.

The LED light itself is designed in such a way that it does not have side effects on your eyes. Lasts up to 50,000 hours of use, which is very long for a projector. CHEERLUX Projector

Equipped with operational buttons on the top. You can enjoy multimedia from various inputs, namely HDMI, USB, and AV. There is also a 3.5mm Audio port for earphones and an IR port for the remote. 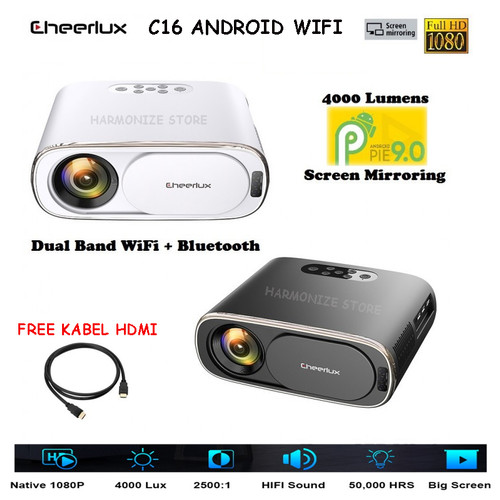 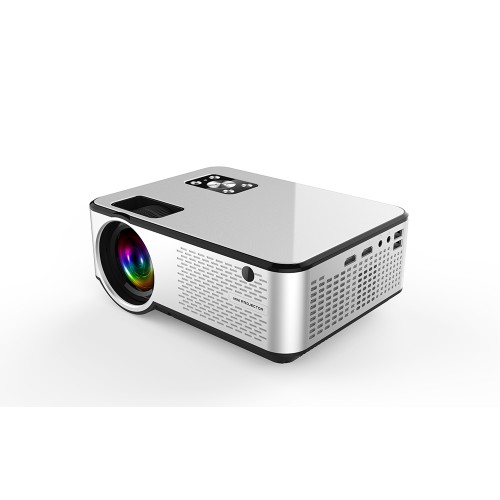 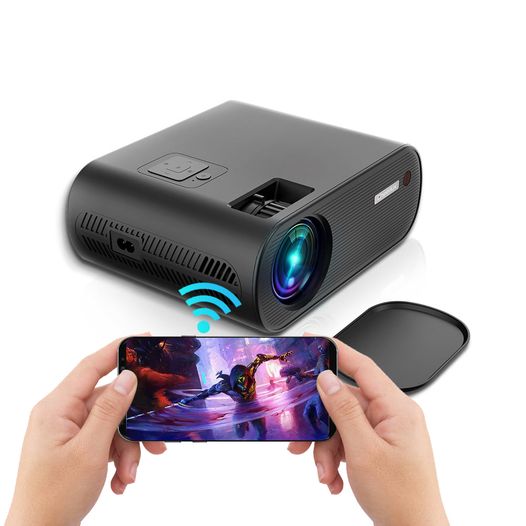