GoPro has announced its new Action-camera-GoPro-hero-11 black, which has a larger sensor than its predecessor, capable of shooting at up to an 8:7 aspect ratio at 5.3K, “the largest vertical field of view ever on a GoPro,” according to the company.

It also lets you shoot even wider in the more common 16:9 aspect ratio in a mode called “HyperView.” GoPro says HyperView will make action look even faster, which will hopefully help capture how epic / scary a downhill descent or big wave ride really was.

GoPro has announced its new Action-camera-GoPro-hero-11 black, which has a larger sensor than its predecessor, capable of shooting at up to an 8:7 aspect ratio at 5.3K, “the largest vertical field of view ever on a GoPro,” according to the company.

It also lets you shoot even wider in the more common 16:9 aspect ratio in a mode called “HyperView.” GoPro says HyperView will make action look even faster, which will hopefully help capture how epic / scary a downhill descent or big wave ride really was.

Ironically, the biggest news with the Hero 11 is that it’ll come in a smaller, less expensive version, starting next month. Like the GoPro Sessions of old, the GoPro Hero 11 Black Mini is a compact action cam that lacks the touch and front-facing screens of the main model and is controlled mainly via GoPro’s Quik app.

It does, however, have a tiny display next to the record button, which lets you see which resolution and frame rate you’re shooting at and how much record time and battery you have left.

It also packs most of the Hero 11’s specs into a smaller space (you’ll even be able to use it with the max lens mod with it after a future software update).

At 133 grams, the Mini is about 20g lighter than the Hero 11. And while it’s a few millimeters taller and deeper, it’s around 27 percent narrower than the regular size Hero.

According to GoPro, the Mini is around 13 percent smaller in terms of volume and weight. GoPro also made the Mini a little more flexible to mount — there’s an additional pair of fingers on the back of the device, letting you attach it at a greater variety of angles.

When it comes to shooting video, the Mini is almost identical to the regular-size Hero — it’s got the same sensor and custom GP2 processor, the same 10-bit recording, and it supports pretty much all the same resolution and frame rate combos.

It also comes with GoPro’s upgraded HyperSmooth 5.0 system, which the company says can now be automatically applied when your footage gets shaky, and offers a “dramatic improvement in stabilization” when shooting in 4:3 video when compared to the HyperSmooth 4.0 system from the Hero 10.

Both cameras have new time-lapse presets focused on shooting at night, for light painting, star trails, or capturing vehicle light trails if you’d rather shoot in the city than in nature.

The Hero 11 Black also now defaults to what the company is calling “Easy Controls,” which shows a simplified UI on the screen that won’t overwhelm you with info. If you want to adjust your settings quickly, you can use the Pro Controls mode, which basically brings you back to the Hero 10’s interface.

Besides the screens, there are a few things the GoPro Mini doesn’t have compared to its bigger counterpart — its 1,500mAh battery is non-removable, it doesn’t have a picture mode (though you can still pull stills from video), and it doesn’t feature GPS or stereo audio.

Whether giving up all that is worth it for the weight savings is probably going to depend on what you do with the camera. I can definitely imagine that being a noticeable difference if you have it mounted to a bike or climbing helmet.

For me, I think battery would be the biggest sticking point for the Mini, given that it can’t be swapped in the field. It also doesn’t help that the more traditional model is now coming with GoPro’s “Enduro” batteries, which charge faster and last longer than the standard batteries that came with the Hero 10, especially in cold conditions — though the Mini does supposedly use the same technology.

Still, I love that this camera exists, especially for those who are really weight (or price) sensitive or who need to film in extremely cramped areas.

As it has with its past few releases, GoPro is pushing its $50 / annual subscription service pretty hard — it gives you perks like steep discounts on cameras, a relatively inexpensive trade-in program if you manage to break one, and access to extra features like the ability to have your camera auto-upload footage to the cloud once you plug it in to charge.

While subscription services aren’t everyone’s cup of tea, The Verge’s video crew loves GoPro’s; Becca Farsace says she thinks its “the best of its kind,” and Vjeran Pavic, who’s obsessed with backing up all his footage, loves the simplicity of plugging his fleet of GoPros and having them automatically back to up a cloud in full resolution. (He did mention that he’s not a huge fan of GoPro’s auto-editing features, though.) 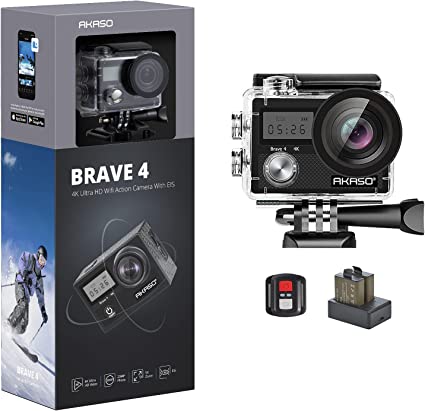 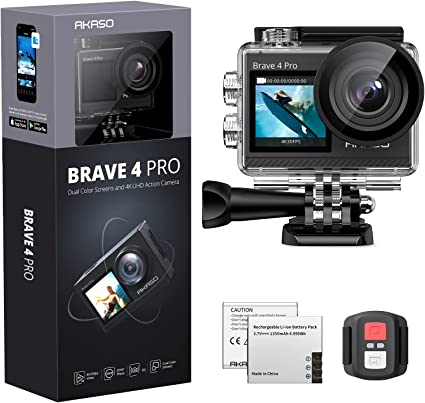